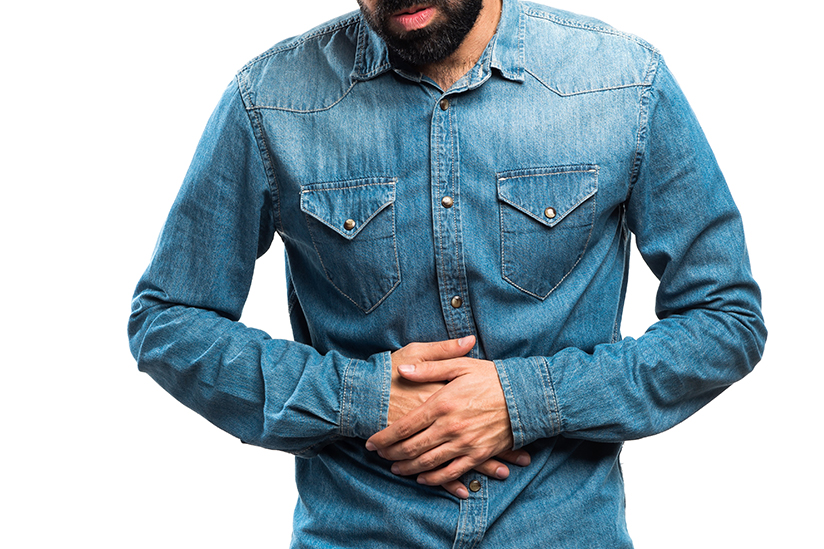 The most common diseases in gastroenterological practice are gastritis and gastric and duodenal ulcers, which are most commonly in the group of psychosomatic diseases. Usually, patients suffer pain in the stomach area, below the sternum and it is described as a burning sensation.

In addition to pain, signs of ulcer dyspepsia include: pain, nausea, heartburn, restoring gastric contents, discomfort in the upper part of the stomach, as well as bloating, diarrhea, black stool or blood in the stool. In the case of duodenal ulcer, discomfort occurs on an empty stomach, and after taking food relief is felt, while in the gastric ulcer, flatulence and fullness in the stomach area occur after taking a meal.

Ulcer disease has an intermitent character, i.e. it is tied to the season of the year as well as to lifestyle and diet, so in the duodenal ulcer, pain occurs more often during the night, and relapse of the disease occurs more frequently in the spring and autumn.

The etiology of chronic gastritis and ulcer disease is multifactorial, so in addition to Helicobacter pylori infection there are many other factors — alcohol, smoking, stress, spicy foods, coffee, medication, food allergens, endocrine disorders, hereditary factors and immunological processes.

Diagnostics of ulcer disease can be very simple and in addition to invasive methods (gastroinstestinal and colonoscopy) with mucosal biopsy and HP analysis there are also non-invasive methods to demonstrate the presence of Helicobacter pylori infection: serological tests, urease test.

The best non-invasive diagnostic method that can detect changes in gastric mucosa and predisposition to ulcer or its presence, as well as the presence of antibodies to Helicobacter pylori, is the Bioresonance and Thermovision scanner.

In our clinic, in addition to standard therapy, the Microresonance therapy is given priority, which successfully cures gastritis and gastric and duodenal ulcers, with epitalisation of the ulcer niche without scarring. This prevents the long-term use of drugs as well as the possibility of a recurrence.